Tic-Tac-Toe was too easy …
You can win this time.

The game starts with X playing wherever they want in any of the 81 empty spots. This move “sends” their opponent to its relative location. For example, if X played in the top right square of their local board, then O needs to play next in the local board at the top right of the global board. O can then play in any one of the nine available spots in that local board, each move sending X to a different local board.

If a move is played so that it is to win a local board by the rules of normal tic-tac-toe, then the entire local board is marked as a victory for the player in the global board.

Once a local board is won by a player or it is filled completely, no more moves may be played in that board. If a player is sent to such a board, then that player may play in any other board.

Monte Carlo Tree Search (MCTS) is a search technique in the field of Artificial Intelligence (AI).

The focus of MCTS is on the analysis of the most promising moves, expanding the search tree based on random sampling of the search space. The application of Monte Carlo tree search in games is based on many playouts. In each playout, the game is played out to the very end by selecting moves at random. The final game result of each playout is then used to weight the nodes in the game tree so that better nodes are more likely to be chosen in future playouts.

Each round of Monte Carlo tree search consists of four steps: 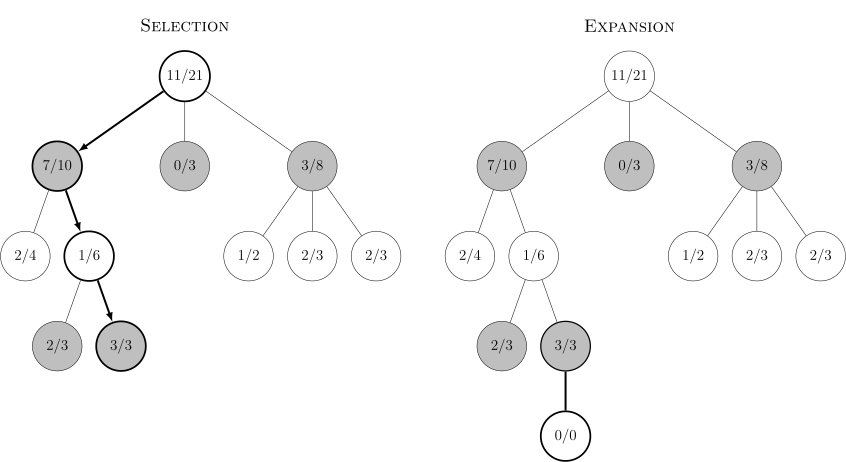 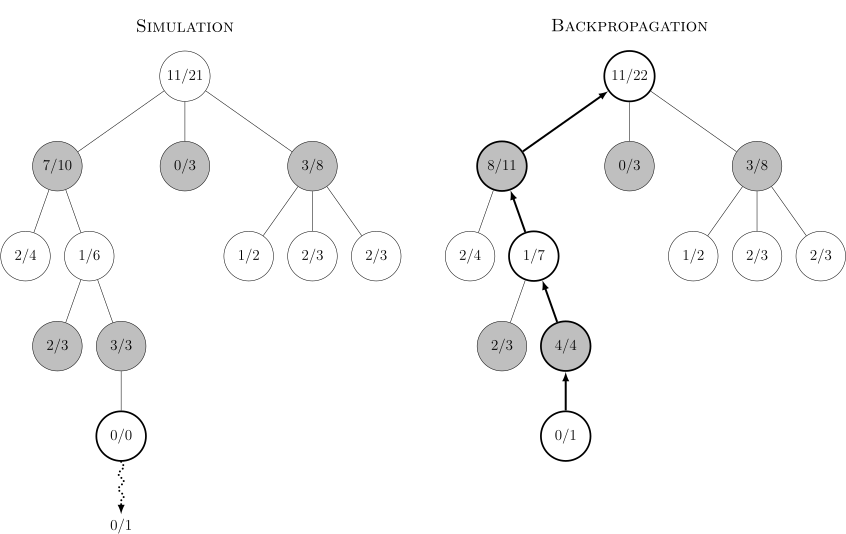 The main difficulty in selecting child nodes is maintaining some balance between the exploitation of deep variants after moves with high average win rate and the exploration of moves with few simulations. The first formula for balancing exploitation and exploration in games is UCT (Upper Confidence Bound 1 applied to trees). It is recommended to choose in each node of the game tree the move for which the following expression has the highest value :